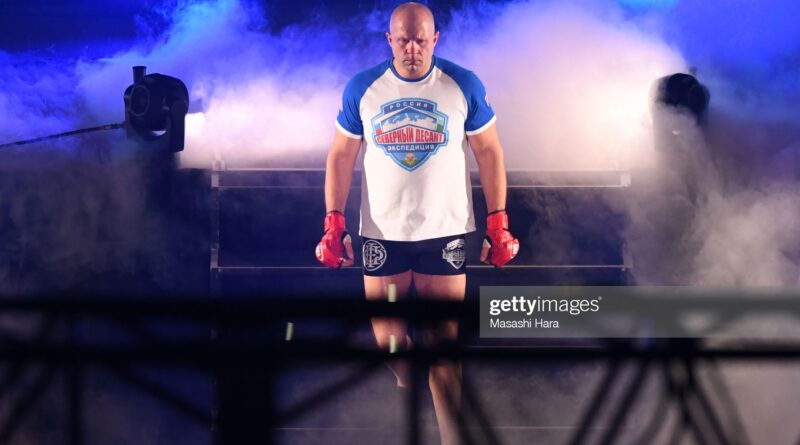 A lot was made about who Fedor Emelianenko would fight for the first leg of his retirement tour – and when Tim Johnson’s name surfaced as the chosen one to face “The Last Emperor” at Bellator 269, many people were surprised.

According to Bellator president Scott Coker, he left the matchmaking to the heavyweight legend Emelianenko (39-6 MMA, 3-2 BMMA) and said Johnson (15-7 MMA, 3-3 BMMA) was the name the Russian chose to face on home soil.

Why? Emelianenko explained for the first time on Tuesday.

“Tim Johnson had quite a winning streak going on,” Emelianenko told MMA Junkie at a virtual news conference. “That obviously shows he’s quite a good fighter. Fighting someone who is spearheading the (division) is always a great opportunity.”

As for the more frequently anticipated matchup ideas that circulated among fans online, names like former UFC heavyweight champion and current free agent Junior Dos Santos, Emelianenko explained why he went in a different direction.

“Aside from Tim Johnson, Dos Santos, for example, had a serious streak of losses alongside,” Emelianenko said. “He was also fighting for the UFC, as well. That is why I don’t think it would’ve been much suitable to fight him compared to Tim Johnson. Not to mention the fact that Bellator came up with a bunch of options and Tim was the obvious choice.”

If You Don't Know, Now You Know